More Weird Animals - Have You Seen Any of These Lately?

Is this a Polar Tiger? 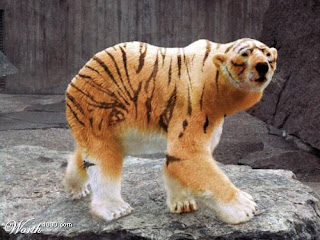 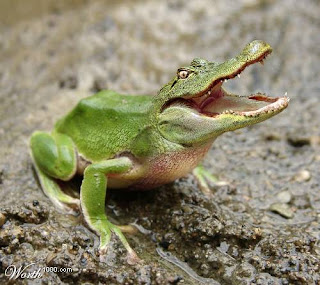 Ever seen an alligator frog or is it a crocodile frog?
Posted by computerman at 11:23 PM No comments:

SMILE OF THE WEEK 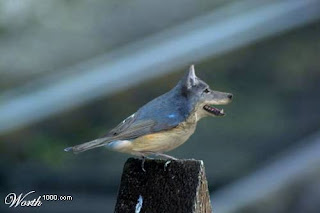 SMILE OF THE WEEK

Some Things to Think About :=

* On the bags of miniature candy bars it says, 'Fun Size'. Does this mean that the regular size bars are not fun?

* If you saw a heat wave, would you wave back?

* Why do mothers always say that their child cannot play until their room is clean? What will the room look like after the child plays?

* How come we as children will fight tooth and nail not to have a nap only to find ourselves as adults wishing with all of our hearts that we could? 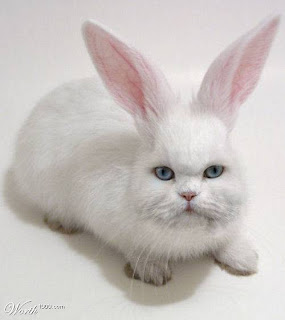 * Isn't it better by far that you forget and smile, rather than remember and be sad?

* Why would there be a key to happiness? Isn't the door always open?

* Where do socks go when they get lost in the dryer?

* Considering all the lint you get in your dryer, if you kept drying your clothes, would they eventually just disappear?

* Do Clothing manufacturers really expect us to run a whole wash for each item marked 'wash separately'?
Posted by computerman at 11:18 PM No comments:

The Buzzard, The Bat, The Bumblebee

The Buzzard, The Bat, The Bumblebee 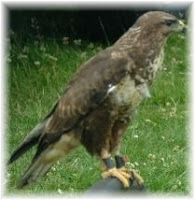 Subject: The Buzzard,The Bat,& The Bumblebee

THE BUZZARD: If you put a buzzard in a pen that is 6 feet by 8 feet and is entirely open at the top, the bird, in spite of its ability to fly, will be an absolute prisoner. The reason is that a buzzard always begins a flight from the ground with a run of 10 to 12 feet. Without space to run, as is its habit, it will not even attempt to fly, but will remain a prisoner for life in a small jail with no top.

THE BAT: The ordinary bat that flies around at night, a remarkable nimble creature in the air, cannot take off from a level place. If it is
placed on the floor or flat ground, all it can do is shuffle about helplessly and, no doubt, painfully, until it reaches some slight elevation from which it can throw itself into the air. Then, at once, it takes off like a flash.

THE BUMBLEBEE: A bumblebee, if dropped into an open tumbler, will be

there until it dies, unless it is taken out. It never sees the means of
escape at the top, but persists in trying to find some way out through
the sides near the bottom. It will seek a way where none exists, until
it completely destroys itself.

PEOPLE: In many ways, we are like the buzzard, the bat, and the
bumblebee. We struggle about with all our problems and frustrations,
never realizing that all we have to do is look up!

Sorrow looks back, worry looks around, but faith looks up!

Live simply, Love generously, Care deeply, Speak kindly and trust in
our Creator Who loves us.
Posted by computerman at 8:11 AM No comments:

H ey Dad,' one of my kids asked the other day, 'What was your favorite fast food when you were growing up?'

'We didn't have fast food when I was growing up,' I informed him. 'All the food was slow.'

'C'mon, seriously. Where did you eat?'

'It was a place called 'at home,'' I explained. 'Grandma cooked every day and when Grandpa got home from work, we sat down together at ! the dining room table, and if I didn't like what she put on my plate I was allowed to sit there until I did like it'

By this time, the kid was laughing so hard I was afraid he was going to suffer serious internal damage, so I didn't tell him the part about how I had to have permission to leave the table. But here are some other things I would have told him about my childhood if I figured his system could have handled it:

Some parents NEVER owned their own house, wore Levis, set foot on a golf course, traveled out of the country or had a credit card. In their later years they had something called a revolving charge card. The card was good only at Sears Roebuck. Or maybe it was Sears AND Roebuck. Either way, there is no Roebuck anymore. Maybe he died.

My parents never drove me to soccer practice. This was mostly because we never had heard of soccer. I had a bicycle that weighed probably 50 pounds, and only had one speed, (slow). We didn't have a television in our house until I was 11, but my grandparents had one before that. It was, of course, black and white, but they bought a piece of colored plastic to cover the screen. The top third was blue, like the sky, and the bottom third was green, like grass. The middle third was red. It was perfect for programs that had scenes of fire trucks riding across someone's lawn on a sunny day. Some people had a lens taped to the front of the TV to make the picture look larger.

I was 13 before I tasted my first pizza, it was called 'pizza pie.' When I bit into it, I burned the roof of my mouth and the cheese slid off, swung down, plastered itself against my chin and burned that, too. It's still the best pizza I ever had.

We didn't have a car until I was 15. Before that, the only car in our family was my grandfather's Ford. He called it a 'machine'

I never had a telephone in my room. The only phone in the house was in the living room and it was on a party line. Before you could dial, you had to listen and make sure some people you didn't know weren't already using the line.

Pizzas were not delivered to our home. But milk was.

All newspapers were delivered by boys and all boys delivered newspapers. I delivered a newspaper, six days a week. It cost 7 cents a paper, of which I got to keep 2 cents. I had to get up at 4 AM every morning. On Saturday, I had to collect the 42 cents from my customers. My favorite customers were the ones who gave me 50 cents and told me to keep the change. My least favorite customers were the ones who seemed to never be home on collection day.

Movie stars kissed with their mouths shut. At least, they did in the movies. Touching someone else's tongue with yours was called French kissing and they didn't do that in movies. I don't know what they did in French movies. French movies were dirty and we weren't allowed to see them.

If you grew up in a generation before there was fast food, you may want to share some of these memories with your children or grandchildren. Just don't blame me if they bust a gut laughing.

Growing up isn't what it used to be, is it?


MEMORIES from a friend:

My Dad is cleaning out my grandmother's house (she died in December) and he brought me an old Royal Crown Cola bottle. In the bottle top was a stopper with a bunch of holes in it. I knew immediately what it was, but my daughter had no idea. She thought they had tried to make it a salt shaker or something. I knew it as the bottle that sat on the end of the ironing board to 'sprinkle' clothes with because we didn't have steam irons. Man, I am old.

How many do you remember?

Head lights dimmer switches on the floor.
Ignition switches on the dashboard.
Heaters mounted on the inside of the fire wall.
Real ice boxes.
Pant leg clips for bicycles without chain guards.
Soldering irons you heat on a gas burner.
Using hand signals for cars without turn signals.

Older Than Dirt Quiz: Count all the ones that you remember not the ones you were told about. Ratings at the bottom.

I might be older than dirt but those memories are the best part of my life.

Don't forget to pass this along!! Especially to all your really mature friends.... I took out the word old!

'Senility Prayer'...God grant me...
The senility to forget the people I never liked
The good fortune to run into the ones that I do
And the eyesight to tell the difference.'
Have a great week !!!

Posted by computerman at 7:52 AM No comments: