Justin Trudeau walks into a Royal Bank to cash a cheque. As he approaches the cashier he says, "Good morning, Ma'am, could you please cash this cheque for me?"

Cashier: "It would be my pleasure sir. Could you please show me your ID?"

Trudeau: "Truthfully, I did not bring my ID with me as I didn't think there was any need to. I am Justin Trudeau, the leader of the Liberal Party of Canada!!!!"

Cashier: "Yes sir, I know who you are, but with all the regulations and monitoring of the banks because of impostors and forgers and requirements of the CIDC legislation, etc., I must insist on seeing ID."

Trudeau: "Just ask anyone here at the bank who I am and they will tell you. Everybody knows who I am."

Cashier: "I am sorry, Mr. Trudeau, but these are the bank rules and I must follow them."

Trudeau:" Mon dieu. I am urging you, please, to cash this cheque."

Cashier: "Look Mr. Trudeau , here is an example of what we can do.
One day, Tiger Woods came into the bank without ID. To prove he was Tiger Woods he pulled out his putter and made a beautiful shot across the bank into a cup. With that shot we knew him to be Tiger Woods and cashed his cheque.

Another time, Andre Agassi came in without ID. He pulled out his tennis racket and made a fabulous shot whereas the tennis ball landed in my cup. With that shot we cashed his cheque.

So, Mr. Trudeau, what can you do to prove that it is you, and only you?"

"Honestly, my mind is a total blank, I have absolutely no idea what to do, I don't have a clue."

Cashier: "Will that be large or small bills, Mr. Trudeau? 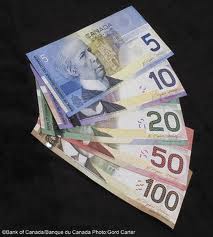 THE SNEEZE
They walked in tandem, each of the ninety-two students filing into the already crowded auditorium. With their rich maroon gowns flowing and the traditional caps, they looked almost as grown up as they felt.

This class would NOT pray during the commencements, not by choice, but because of a recent court ruling prohibiting it.

The principal and several students were careful to stay within the guidelines allowed by the ruling. They gave inspirational and challenging speeches, but no one mentioned divine guidance and no one asked for blessings on the graduates or their families.

The speeches were nice, but they were routine until the final speech received a standing ovation.

A solitary student walked proudly to the microphone. He stood still and silent for just a moment, and then, it happened.

All 92 students, every single one of them, suddenly SNEEZED !!!!


The student on stage simply looked at the audience and said, 'GOD BLESS YOU'
And he walked off the stage...


The audience exploded into applause. This graduating class had found a unique way to invoke God's blessing on their future with or without the court's approval.

This is a true story; it happened at Eastern Shore District High School in Musquodoboit Harbour, Nova Scotia.


Tax his land,
Tax his  bed,
Tax the table
At which he's fed.

Tax  his work,
Tax his pay,
He works for peanuts
Anyway!

Tax  his cow,
Tax his goat,
Tax his pants,
Tax his coat..

Tax  his tobacco,
Tax his drink,
Tax him if he
Tries to think.

Tax his car,
Tax his gas,
Find other ways
To tax the mass.

Tax all he has
Then let him know
That you won't be done
Till he has no dough.

When he screams and hollers;
Then tax him some more,
Tax him till
He's good and sore.

Then tax his coffin,
Tax his grave,
Tax the sod in
Which he's laid.

When he's gone,
Do not relax,
It’s time to apply
The inheritance tax.

[Editor: Did the author forget TAXI tax? That was established by a government to take us for a ride (:-) Also we do not have all of these taxes in Canada.]

THINK THIS IS FUNNY?
Not one of these taxes existed 60 years ago, & our nation was one of the most  prosperous in the world. We had absolutely no national debt, had a large  middle class, and Mom stayed home to raise the kids..

What on Earth happened? Can you spell 'politicians?'. Especially lawyers, don't they set their own fees [taxes]?

[Editor: I would like to add, we STILL ARE! If you are from Ontario or have a taxing government in your province, then of course this applies very much so. In the country of Canada we pay less taxes than we did 5 years ago. Remember? GST down 2% and so on. However in Ontario, in 2010, they don't understand that more taxes = less revenue. I could do a chart to show you how 2% can mean many thousands of dollars over the course of time. However that is not the current topic.]